When I visit bottle shops to stock up on beer, I am always on the lookout for new sours that I have yet to try.  On just such a beer hunting trip I recently took to Delaware, I happened across a relatively simply labeled bottle called Sour Trip.  Being that the quickest way for a beer to catch my eye is to include the word “Sour” in the title, I snatched it off the shelf and headed happily on my way.  Sour Trip is a Berliner Weisse style sour ale brewed by Burley Oak Brewing Company of Berlin, Maryland.  A relatively young craft brewery, Burley Oak opened its doors in August, 2011 under the helmsmanship of founder and owner Bryan Brushmiller.  The fact that Bryan developed a passion for sour beer during his homebrewing days which has carried over into his professional brewing career is plainly evident with a simple review of their beer list.  At the time of this writing, 4 out of the 15 beers listed on Burley Oak’s website are sours, including a dry-hopped sour, a sour stout, and a Lactobacillus and Brettanomyces aged Kölsch.  Sour Trip is brewed using 55% locally grown wheat and undergoes a pre-boil souring with Lactobacillus before being finished with Champagne yeast.  A few weeks ago while brewing some of my own wort for Lactobacillus starters, I took the opportunity to open and enjoy this very tasty beer.

Sour Trip poured a mildly hazy golden yellow with a large volume of bright white head which dissipated over the course of a few minutes.  The aroma was fairly clean without any distinctly funky notes.  I could pick up floury pilsner and pale malt along with a light level of sulfur and stone-fruit esters. 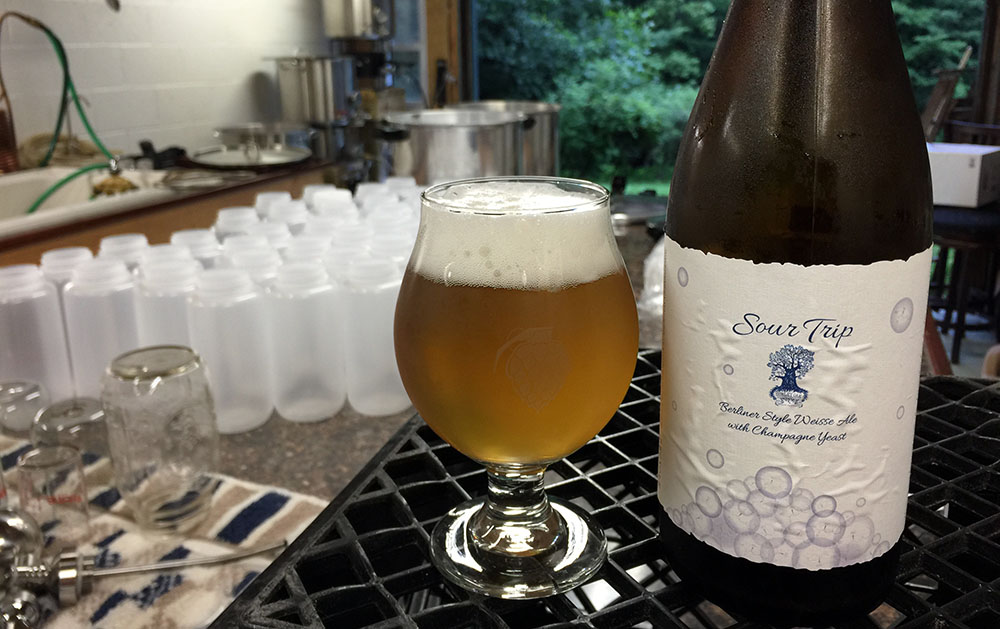 When tasting Sour Trip I was greeted up-front by a bright and clean lactic acidity.  Despite being a low ABV session beer, Sour Trip was packing some very nice and round malt flavors with the cracker and flour notes of pilsner malt coming to the forefront along with a bit of corn tortilla in the background.  Blended seamlessly were the doughy flavors of wheat malt.   The sour profile of this Berliner Weisse was made up entirely of lactic acid as is appropriate for the style.  There were no vinegar notes, nor any of the other off-flavors or aromas which sometimes plague this style such as stinky feet, vomit, or baby diaper.

Sour Trip had a high level of carbonation which left the beer feeling spritzy and champagne-like on the tongue.  The body and mouthfeel were medium with a crisp dry finish making for a highly refreshing drinking experience.  As a style, Berliner Weisses are less complex than many of their sour beer brethren.  A good Berliner Weisse will be a highly sessionable and easy drinking beer with a crisp acidity balanced just above a nice rounded mix of pale malt and wheat flavors.  Sour Trip added to this experience with a light but appreciated mix of stone-fruit esters and a pleasant champagne-like finish. 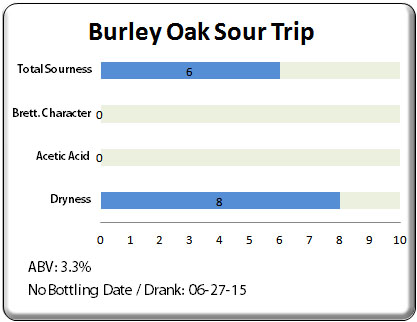 Overall, Sour Trip was a delicious example of the Berliner Weisse style and a well crafted sour beer in general.  There have been an unfortunate number of poor examples of this style flooding into the market recently, but I was very happy to find that this was not one of them.  If you get a chance to taste Sour Trip definitely do so.  I will be keeping my eyes open for more sour releases from Burley Oak Brewing Company and hopefully making a trip to their tap room in the near future. 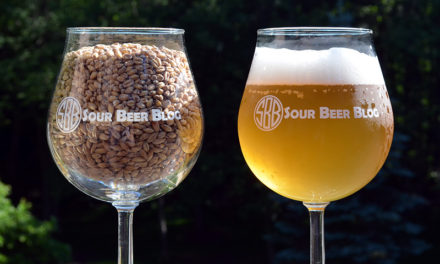 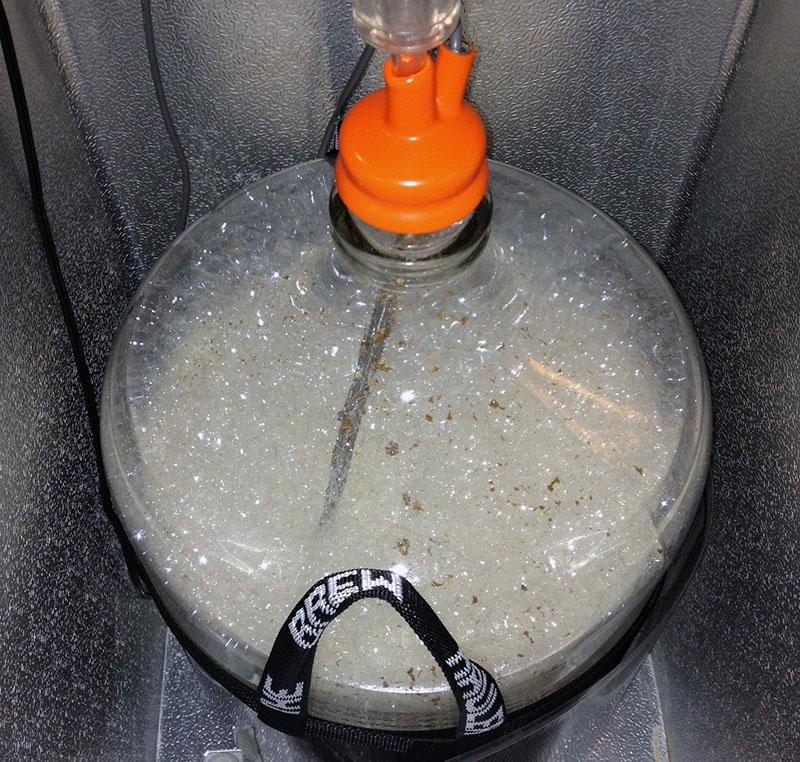 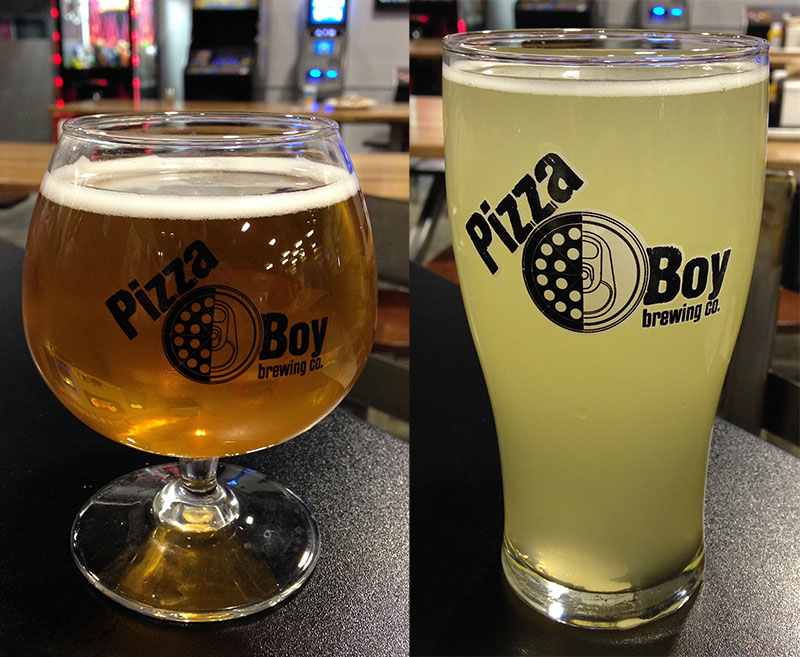