Have you ever been unsure of whether or not you liked a beer  until you learned some key fact about it?  Well this was exactly what happened to both myself and my two friends who took part in my spring equinox sour beer tasting night last Friday (03/21/2014).  The beer in question was the slightly sour Belgian specialty beer Petrus Aged Red. 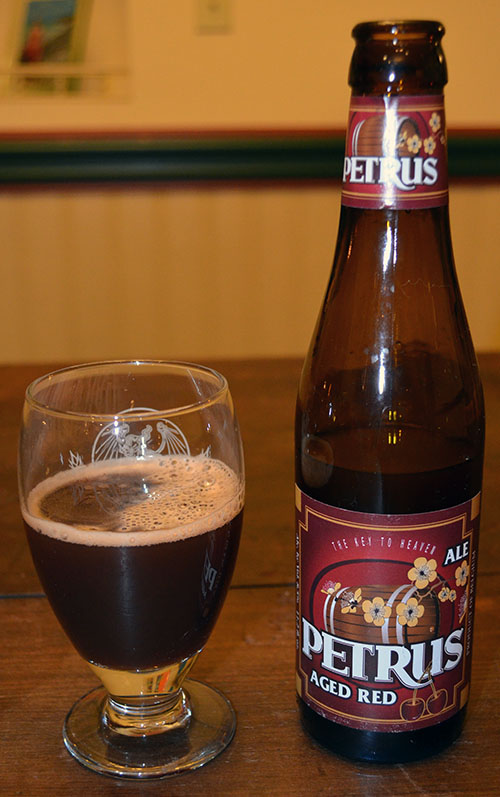 At this point I will bypass any suspense surrounding this beer and say that we all ended up really enjoying it.  The key point that I was referring to is the fact that this beer has an alcohol by volume (ABV) of 8.5%.  Personally, as a drinker of beers, I have actually always preferred more sessionable products in the 3-6% ABV range.  However, as a brewer, I understand some of the challenges posed in fermenting a product to higher alcohol percentages and still maintaining clean flavors without any fermentation defects.  The brewers of Petrus Aged Red clearly have overcome these challenges because while this beer clocks in at 8.5% ABV, the beer has all the clean and healthy fermentation characteristics of a beer with a much lower ABV.

When pouring the beer, a low khaki colored head forms on top of a dark red body.  The beer has aromas dominated by cherry notes of varying type.  Cherry pie filling, cooked cherries, cherry candies, and a slightly medicinal note of cherry lozenges are all present. 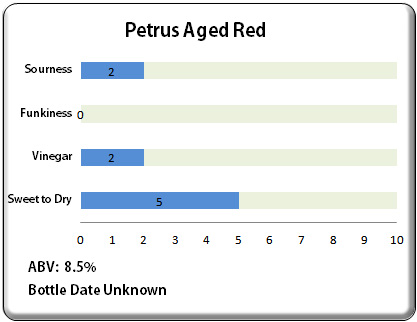 Following the impressions given in the aroma of the beer, the flavor is also dominated by cherries.  The beer tastes very much like a cherry tootsie pop and somewhat like cherry flavored Sucrets.  There are many flavors here that are also present in a cherry wine.  The beer is only mildly sour and the sour profile seems to be almost entirely malic acid.  There is also a light acetic (vinegar) presence but this is lower in intensity than the malic acid.  In other words, the sourness of this beer comes from the sour cherries added to it, and there doesn’t seem to be much (if any) contribution from souring bacteria.  If Brettanomyces is present during the fermentation, any of its characteristics are either absent or buried under the cherry flavors.  While I do believe they are still present to some subtle degree, classic sour beer characteristics of malt, oak, and Brettanomyces are difficult to find in this beer..  There is no alcohol heat or phenols present and no off-flavors to speak of.  The carbonation is medium and the beer has a fairly thin mouthfeel with light to medium body.

This is a distinctive and unusual sour which pushes the boundaries of what a beer can be.  Many of the flavors here are more classically present in wines or sodas.  However, despite some of these seemingly unusual descriptors, I did really enjoy trying this product.  Overall, for its higher ABV, this beer is remarkably clean in its fermentation profile.  Petrus Aged Red  makes use of cherries to round out nearly all of the characteristics of this beer.  The sweetness comes from the fruit and it is balanced by a mild sourness that also comes from the fruit.  With a nice dry finish, the beer really drinks like a 4-5% session ale.  This is an interesting beer definitely worth trying. 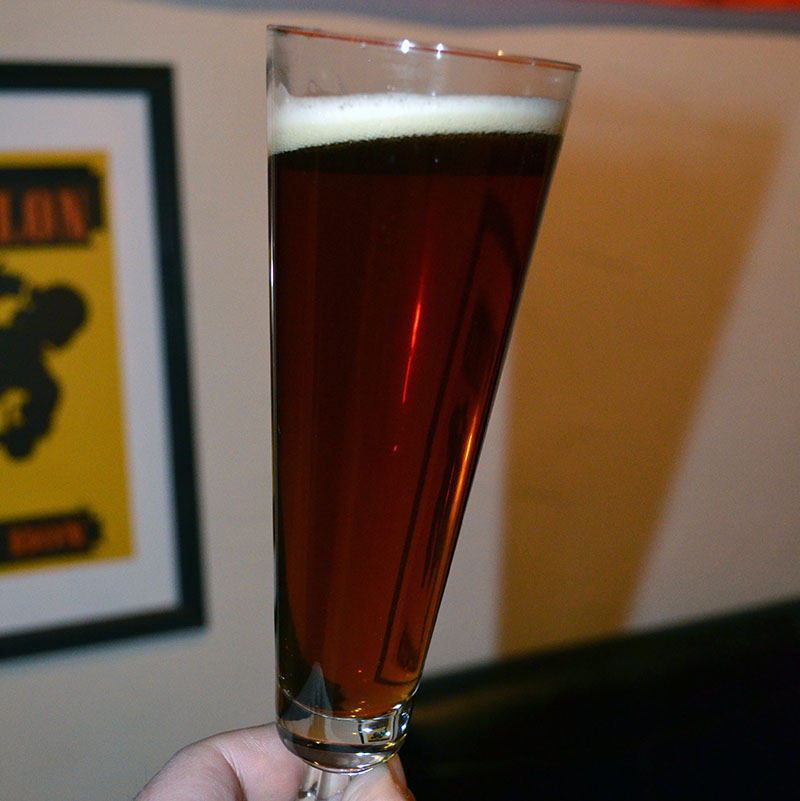 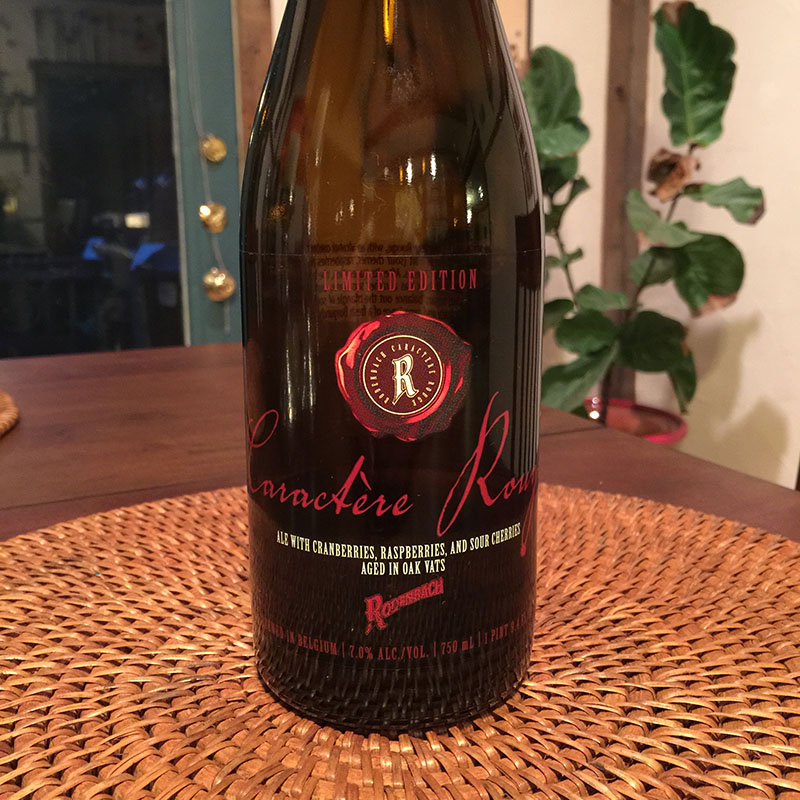